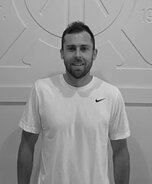 Ryan is a former Professional Squash Association (PSA) player who reached the world ranking of No. 12 and won 15 PSA titles, including the Motor City Open, in which he defeated then-world No. 1 Ali Farag in the final. Currently ranked No. 18 on the Squash Doubles Association (SDA) tour, Ryan is also an accomplished doubles player, having won major titles such as the Pittsburgh Open. At Ox Ridge, Ryan is responsible for all squash programming and events for both juniors and adults. He also works as the Co-Head of RMS Squash Elite Program. Ryan can be reached at ryan@oxridge.com.
Rodney Martin - Director, Elite Squash at Ox Ridge 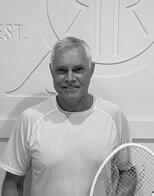 Rod is a legend in the sport. In 1991 he won the World Open and attained a career-high rank as the world's No. 2 player. Rod started his coaching career in 1996 and has coached numerous champions, including his sister, Michelle Martin (Highest World Rank #1); Stewart Bozwell (HWR #4); Kasey Brown (HWR #5); Cuskelly; Dan Jenson (HWR #5); Cameron Pilley (HWR #11); Paul Price (HWR #4); and Anthony Ricketts (HWR #3).

*All information on this website is subject to change, including membership information